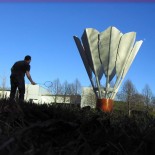 My First Comicon in Pictures 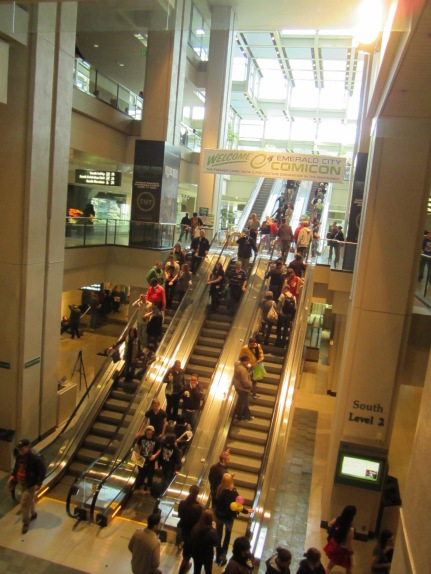 When people got to the top of the escalators, they were hit by a blinding white light, like the ending of the movie Cube. 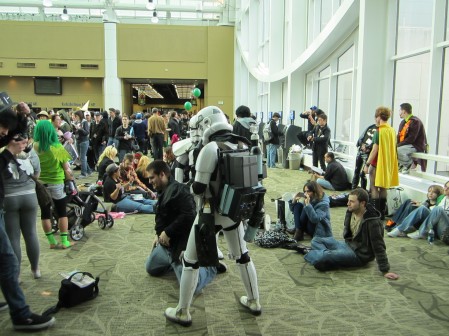 Moments after this picture was taken, the man on his knees was executed by the Storm Troopers. 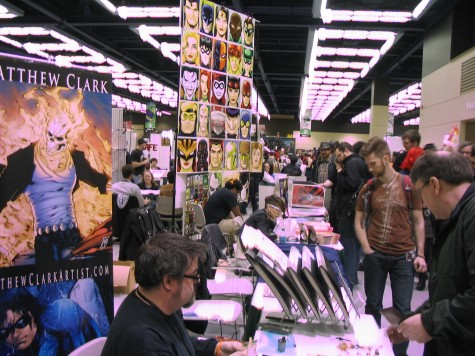 At this table guys walked up to the far girl in glasses, got rejected, and left Comicon.

This World of Warcraft character decided to leave his user at home and head out for a night on the town. 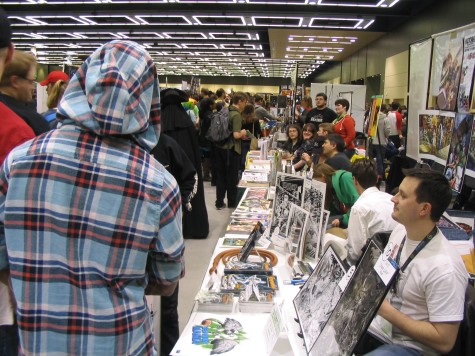 You know what these artists are thinking? "SOMEBODY FUCKING BUY SOMETHING!"

Me: "I'll take half a pound of roast beef, and if you could slice it extra thin, that'd be great. Thanks pyramid head!"

Guys in biohazard suits. What's ironic is that the biohazard is probably coming from within the suits. 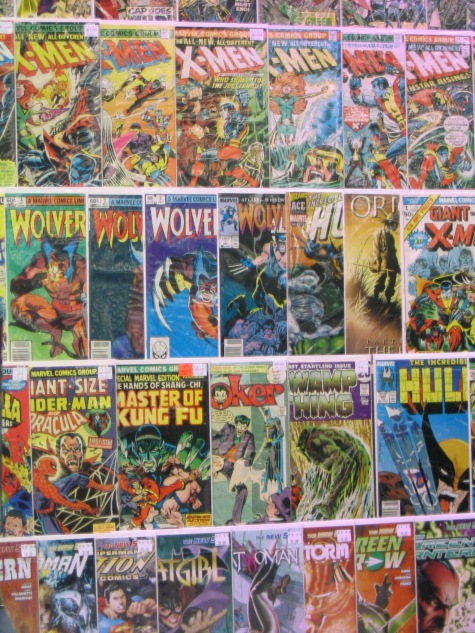 I wrote all of these. 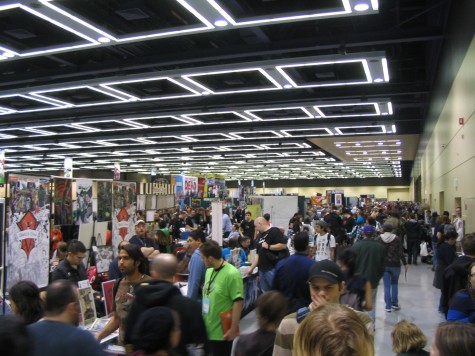 Shortly after this picture was taken, everyone looked up at the ceiling and realized they were in the Holodeck on the Enterprise. (I'm a little embarrassed by this joke.) 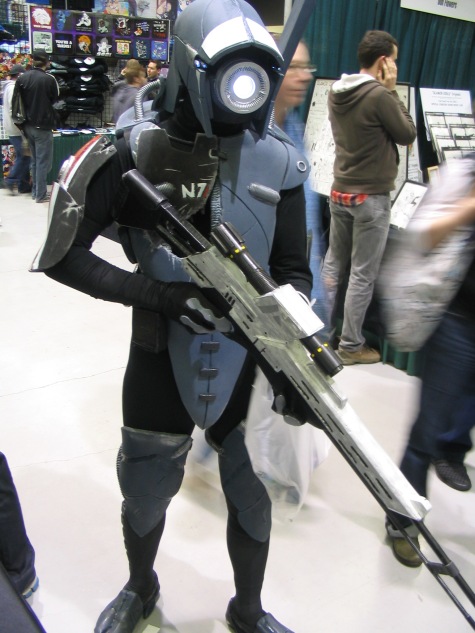 This cyclops robot has no depth perception, which is why - though he is holding a sniper rifle - he is standing in the middle of a crowd. 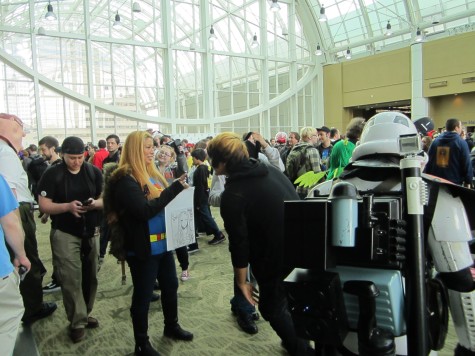 How many costumes can you spot in this picture? If you said three, you're wrong, for we all wear costumes in the comic book of life. 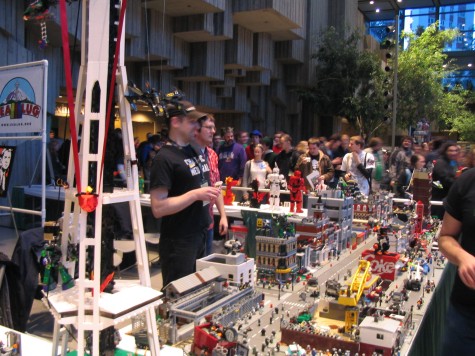 This is Seattle in Lego, which is a huge waist of time, because Seattle is actually made out of Construx.

I did not participate in the speed dating, because I prefer slow dating, which is when you awkwardly try to turn a long friendship into a romantic relationship. 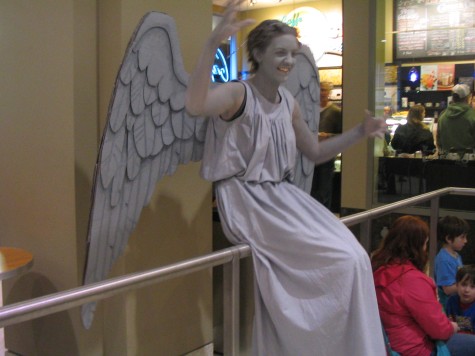 You know Comicon's over when the angel of death arrives. 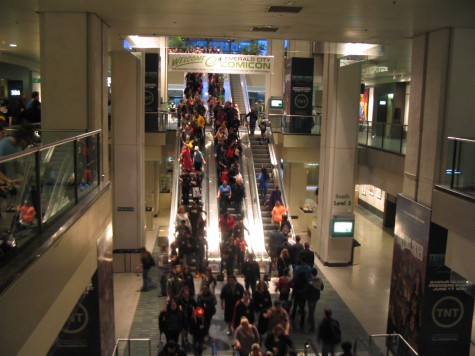 "Y'all don't have to go home to your parents' basements, but you can't stay here!"

My stupid article on the Seattle Comicon can be found here:

This entry was posted on 04/05/2012 by literallyhumor in Life and tagged book, comedy, comicon, comics, seattle, star, wars.