Zombie Bees Are A Thing 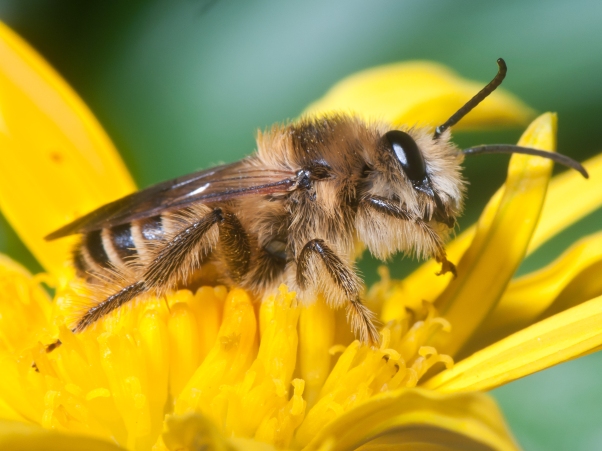 I’m generally racist towards insects. I don’t want them in my home, I don’t want them in my community, and if my daughter ever brought one home for prom, I‘d disown her (after crushing her date). Insects are gross and squiggly and contribute nothing to society. So when I learned that Washington honeybees were being attacked by parasitic flies, I thought, “Typical. That’s just typical.”

In case you don’t have Google alerts for the word bees, let me bring you up to date. Mark Hohn, a beekeeper in Kent, Washington, returned from vacation one day (who needs to leave Kent?) and noticed several dead bees outside his shop. They weren’t falling from the clouds like the ending of “Magnolia,” and it wasn’t gang-related, so Hohn moved on with his life. Then he saw something strange. We’ll tell you what, right after the break.

According to the Seattle Times (they’re always out-scooping me!), Hohn noticed some bees were flying in an erratic fashion and congregating around a light before dying. Anyone seeing this would assume the bees had contracted a bird-related STD, but Hohn learned they were zombie bees (ZOMBIE BEES!), which were first discovered by John Hafernik, a biologist at San Francisco State University (my safety school). It works like this: A parasitic fly named Apocephalus borealis (I could be making that up for all you know) will land on a honeybee and inject her with eggs (nothing strange so far). The eggs hatch into maggots, eat the inside of the bee, and form pupae (a hard shell) from which more flies later emerge, starting the whole beautiful process over again.

Now we all know the government released these parasitic flies to distract from the economy, but we ought to put that aside and explore how this parasite would affect the life of a single bee.

Let’s say a bee is being chased by a parasitic fly. She tries to shake the parasite by flying between blades of grass, going around tight corners, and hitting the brakes. Nothing works. As the fly catches up, the bee tries to eject, but realizes she is a bee and not a fighter pilot. The parasitic fly bites the bee and runs off, cackling madly. “That was weird,” says the bee, thinking nothing of it.

When the bee returns to the hive she gets back to work depositing nectar and building up wax cells. At the end of the day the boss comes around. “Hey Heather, I noticed you were having a little trouble keeping up. Is everything alright at home?” Heather says things are fine and heads to the lunchroom, where she overhears a conversation about parasitic flies. “I hear they eat your brains,” says one worker bee. “I hear they make you a slave,” says another, adding, “Heather’s been acting pretty weird lately.”

In time the colony confronts Heather. “Heather, you’ve been a solid worker, but you’re infected and we cannot risk the health of the hive. You must leave.” Heather lashes out. “I’m not infected! You’re all infected! Infected with lies!” She abandons the hive and grows desperately ill. Her last moments are spent on the ground beneath a light, where a friend tends to her.

“You know Mary, they says it’s maggots, but I know I’m dying of a broken heart.”

“You were the best pollen packer I’ve ever seen, Heather, the best.”

“Thanks. I always thought I’d die stinging somebody. Not like this.”

Oh my God that was sad! Do you remember the part where Heather died? I was balling. Still, we can all take a lesson from the story: I write great female characters. What? 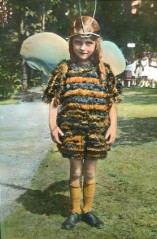 Because human beings are a selfish species, our biggest concern is whether these parasitic flies will come after us. Bees are pretty fast and evasive, whereas your average human is slow and lumbering. I don’t know about you, but the thought of maggots eating my insides does not sound good, unless it helps me lose weight. That scientist guy from SFSU says the parasitic flies are no threat to us, which I believed until I saw him drink a glass of nectar. You just can’t trust anyone.

This situation is not something that should be taken lightly (by other people), because pollination is essential to our food supply, though I can’t specifically explain how or why. We need to keep an eye out. If you spot strange bee activity, report it to the authorities, which in this case is a website actually called zombeewatch.org. It’s what Heather would have wanted.

Remember, bees are our friends. They may sting us, and we may never finish that bottle of honey before it crystallizes, but if bees didn’t have a stinger and moved a little slower, we would totally pet them.

This entry was posted on 09/27/2012 by literallyhumor in Life and tagged bee, bees, infection, insect, parasite, zombie.